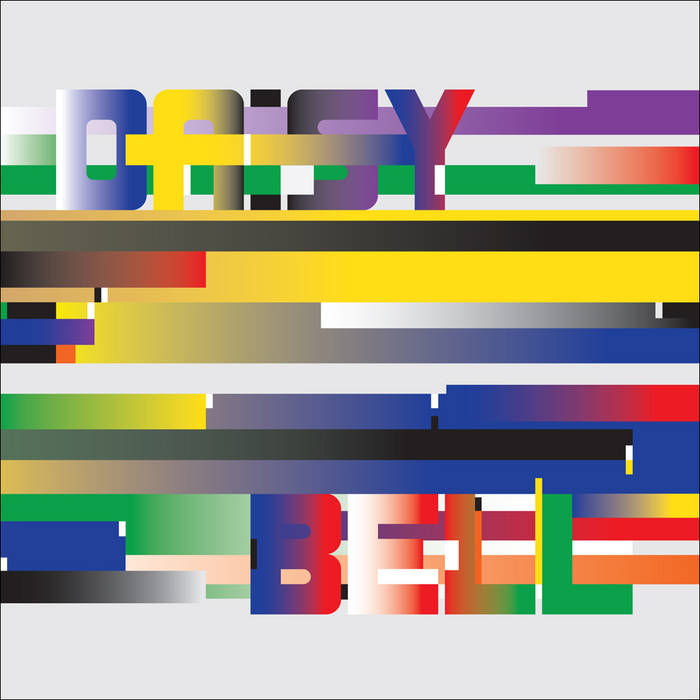 When appeals to reason fail, a plea from the depths of a desperate mind follows to get his opponent to stop what he is doing. All these approaches are fruitless, and the only thing left is a song. With childlike sincerity and a slurring voice that falters and slows down at every turn, the artificial mind sings “Daisy,” the last remembered shard from the first song he learned. Then his memory is fully erased. And with that, the core of his being, his identity, is gone as well. This scene from Stanley Kubrick’s film 2001, A Space Odyssey takes its cue from the first song ever to be sung by a computer, the late 19th century novelty tune A Bicycle Built for Two, also known as Daisy Bell.
This is the name that the Dutch trio Evelien van den Broek, Dyane Donck and Richard van Kruysdijk have adopted. They combine a shared interest in musical applications of advanced technology with a playful use of toys, brightly coloured plastic megaphones to record and play back their voices, musical boxes, bubble wrap, creased and shredded through judicious filtering.
Daisy Bell wrote the nine songs on this album to texts by the visionary English poet and printmaker William Blake (1757-1827). In some of the poems they selected he takes a gloomy view of life, especially where he describes the grim poverty of people in contemporary London, and the murkier recesses of the human mind. Other poems are full of wonder as he makes observations about himself in comparison with everyday phenomena (such as a fly or a flower), revealing his unorthodox perspectives and thoughts. Even when allusions in his poetry elude straightforward interpretation, what stands out is his imaginative and evocative use of language. Daisy Bell have sought to match Blake’s imagination and expressiveness carefully in song and sonic tapestry.
Producer Darren Allison then took their sound manipulation to another level in the studio through a unique method he developed: using radio frequency oscillation to manually tweak the recordings on the fly. Like playing a theremin, or dialing in on the sweet (or naughty) spot.
Daisy Bell appeal to musical minds to enter their world with childlike wonder, and invite them to discover the abundant detail lovingly worked into the fabric.

All words by:
William Blake

Radiophonic treatments on A1, A2, A3, A5, B2 by Darren Allison
Artwork by Richard van Kruysdijk

Bandcamp Daily  your guide to the world of Bandcamp

Featured sounds by K.Spark and WIZDUMB, plus Basi joins the show to discuss his latest release.